A symbol of relentless joy, Takashi Murakami teaches us how innovation and storytelling make for a life-long career.
Written by
Ed Hallam 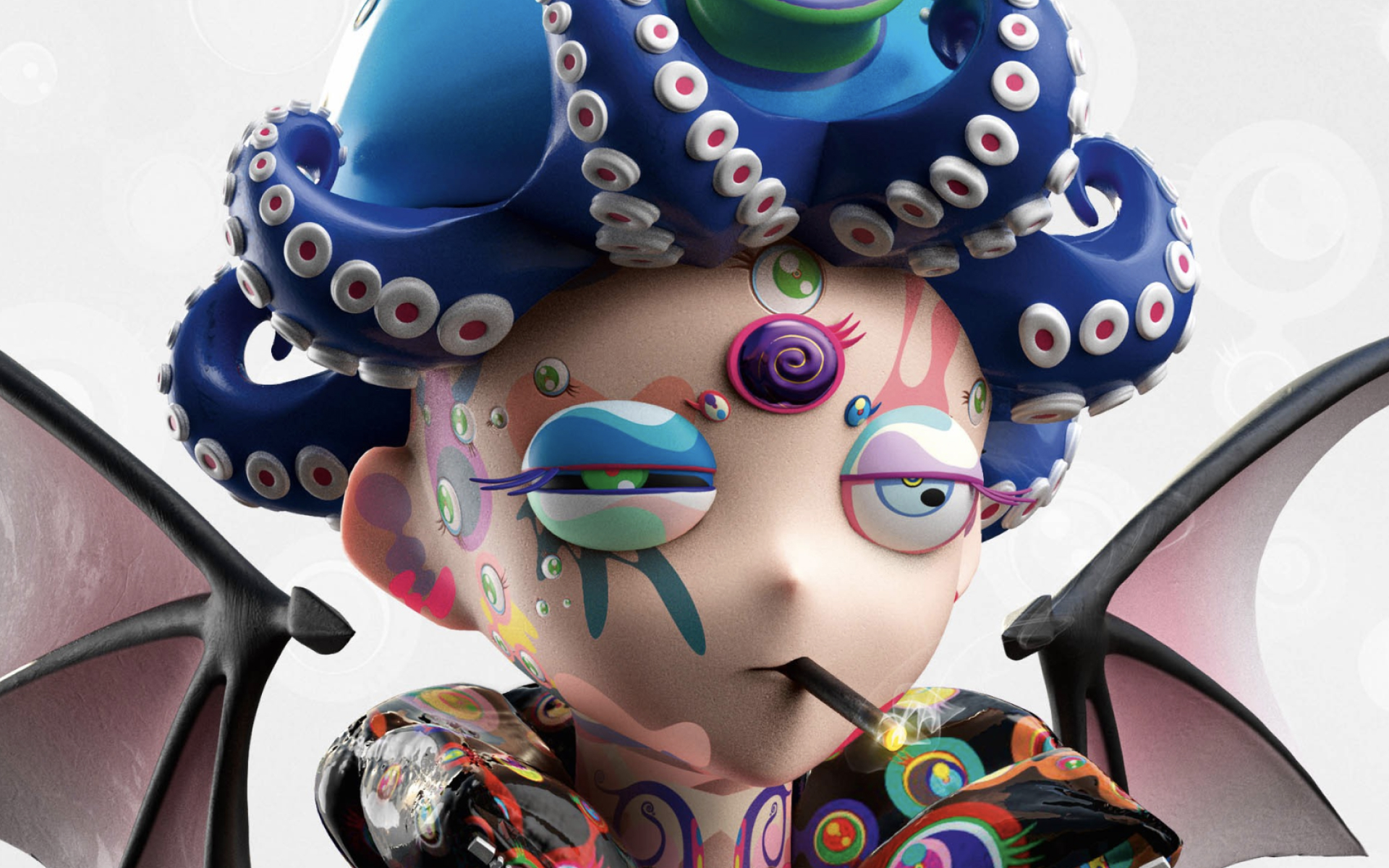 If you didn’t know the name, you’ve seen his work – Takashi Murakami has been an influential artist blending contemporary art with streetwear and culture for nearly 3 decades. From Kanye West’s album covers to Kid Cudi’s chains, he’s created symbols of pop culture that have stood the test of time. Described as the Japanese Warhol, his collaboration with Louis Vuitton started in 2003 and has lasted nearly 20 years – his smiling flower icon became interwoven into the LV monogram.

Takashi Murakami is a true innovator of our time – his prints sell for thousands and paintings for millions, but that hasn’t stopped him from continuing to push boundaries with storytelling.

The flower symbol is one that represents unbridled joy, but also a history of sadness – tears in the eyes play with the Otaku Japanese aesthetic (Otaku describes young outsiders obsessed with video games and computers) and the dark history and generational trauma that plagues the country; as represented by his other cultural symbols of skulls and mushrooms.

His recent collaboration with RTFKT studio is just the beginning of a new wave of innovation for the pop culture phenomenon – don’t call it a reinvention, because the continuity in Murakami’s works is the ability to flex into new mediums while retaining the core of artistic statement.
‍

The first result of the collab was 20,000 unique avatars called CloneX. They took a stand for inclusivity, each genderless with an array of skin tones, including the skin condition vitiligo that affects skin pigmentation. The avatars are adorned with Murakami’s iconic artwork and symbols and have become a new status symbol for the Discord / Twitter PFP generation.

Now his Clone X DNA is available for RTFKT x Nike’s latest collaboration with DNA vials that contain design attributes and can transform your Nike Dunk Genesis to new and imaginative styles.

ICYMI - A recent exhibition celebration of the works of Takashi Murakami and RTFKT opening event took place with GAGOSIAN art gallery in New York. The exhibition “An Arrow Through History” is running until June 25th, with a metaverse experience available through the Gagosian website.

What can brands learn from Takashi Murakami?