Demna. How far will he push it?

Demna, formerly known as Demna Gvasalia, is the Creative Director of Balenciaga and Founder of VETEMENTS, who has used his platform to create provocative and satirical clothing items. But when will he stop pushing it?
Written by
Yusuf Ntahilaja 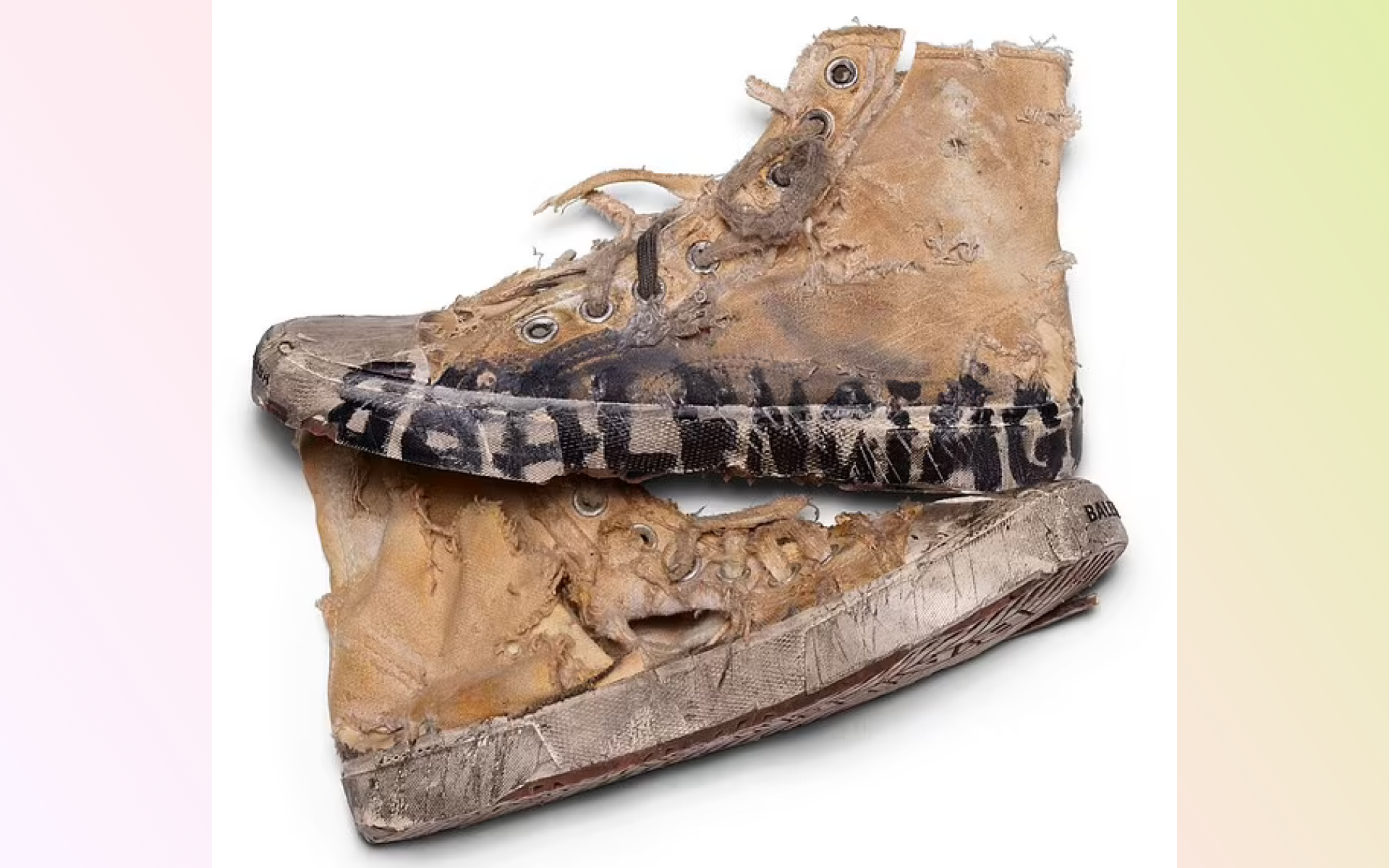 Now Reading:
Demna. How far will he push it?

Demna, formerly known as Demna Gvasalia, is the Creative Director of Balenciaga and Founder of VETEMENTS, who has used his platform to create provocative and satirical clothing items. Some of his most notable items include the “it's my birthday and all I got was this overpriced hoodie” hoodie (£813), the IKEA inspired tote bag (£1600) and the tyre-like sneakers which cost an ‘affordable’ £760.

If these previous releases weren’t indicative enough of Demna’s intention, then his latest release certainly is, introducing fully destroyed sneakers that look like they were dipped in coffee, going for a whopping £1518. Demna’s use of his platform certainly serves as a social experiment, questioning the extent people will go to satisfy their pursuit of luxury status and exclusivity.

As ridiculous as these products may look, they still clear shelves and that in itself is testament to the human psyche.

From his early days at VETEMENTS, Demna has made provocative clothing that not only sparks conversation but also generates sales. Whatever his motives are, there’s a clear reliance on the audience for his plans to be fulfilled, but in doing so proving the point we assume he’s trying to make; the human idea of luxury is subjective and based on intangibles that exceed beyond design or material. How ridiculous are consumers capable of being? We don't know but Demna seems to.